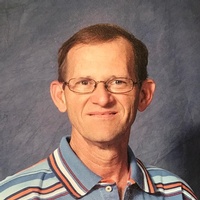 Edward lived an amazing life. Born without the ability of sound and speech, Edward went on to have a very productive life. He started his education at the Sunshine School for the deaf in San Antonio Texas. Edward went on to graduate from the Texas School for the Deaf in Austin, Texas. He then embarked on a mission to volunteer with his talents for sign language and lip reading at many local institutions, such as Dr. Leo Cigarroa High School, Cigarroa Middle School, and other civic organizations. Edward never allowed his disabilities to stand in his way of serving his community or living his life fully. He traveled extensively, sharing his talents with many, meeting new friends, and enjoying his life. Edward will be remembered most for his caring spirit and enthusiastic approach to life.

Edward is proceeded in death by his parents, Eduardo A. Benavides and Gloria R. Benavides.

The family will be receiving condolences on Monday evening, January 21, 2019 from 5 to 9 p.m. at Joe Jackson North Funeral Chapels & Cremation Services, 1410 Jacaman Rd.; where a Vigil for the Deceased and Rosary will commence at 7 p.m.

Funeral Services will be held on Tuesday morning, January 22, 2019 departing at 10:30 a.m. from Joe Jackson North Funeral Chapels to Blessed Sacrament Catholic Church for a Mass of Christian Burial at 11 a.m.