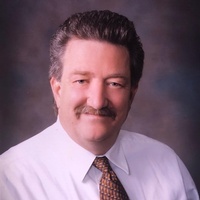 On February 1, 2019, David T. Newman, beloved husband and father passed away in Dallas, Texas with his wife and children by his side. Ana Laura “Lulu” was blessed to call David her husband for 30 years. He was her rock, her life, her everything. He was her constant companion; one was rarely seen without the other. David was a never-ending source of love, support, and inspiration to his children, Brian and Lindsay. Nothing was more important to David than his family.

David graduated from United High School and continued as a Longhorn at the University of Texas at Austin. Everyone knew what an avid UT Longhorn fan he was. No friend of his ever missed a “Get your horns on!’ message from David whenever UT played. David had many friends, most of them lifelong. He had a way with people and a special charisma that drew them in. He made friends with anyone and everyone. Most of David’s friends believed that he was the nexus of all their other relationships.

David was a very successful businessman who was greatly admired by all. Those who worked either with him or for him always felt the same level of respect and appreciation. Everyone was a colleague to him. David continued the legacy of his father, B.P. Newman and his mother, Peggy Newman as managing partner and Vice-President of B.P. Newman Investments. He oversaw Church’s Chicken franchises in multiple states and was widely respected by the Church’s corporation. David was involved in various property management enterprises, ranch holdings, and real estate developments.

In addition to his business success, he was extremely devoted to philanthropic causes. David was a strong believer in giving back to the community that he called home. He served on the Board of Directors for Habitat for Humanity, Workforce Solutions for South Texas, and the Laredo Stroke Support Group. He was deeply involved in mentoring TAMIU students by developing and funding internship and leadership programs that exposed them to the business world. David served as Chairman of the Board for the Laredo Chamber of Commerce from 2014 to 2015, the chamber’s centennial celebration year. He was named to the Junior Achievement Hall of Fame in 2015.

The Laredo Stroke Support Group and Laredo Animal Protective Society were two of the charitable organizations which David fervently supported and which Lulu will continue to champion. David was passionate about improving the lives of stroke survivors. He also cared deeply for the animals of his community (Friends and family know how much he loved and missed his dog, Goober).

David was preceded in death by his father, B.P. Newman, and his brother Joel. David is survived by his wife, Lulu and his children, Brian Patrick and Lindsay Kaye. He is further survived by his mother, Peggy, his brother, Mark, and his sister, Nancy (Javier) De Anda. Also left to cherish his memory are his numerous sisters and brothers in-law, nieces, nephews, and lifelong friends.

The family will be receiving condolences on Tuesday evening, February 5, 2019 from 4 to 9 p.m. at Joe Jackson North Funeral Chapels & Cremation Services, 1410 Jacaman Rd; where a Celebration of Life will commence at 6:30 p.m.

Graveside Services will be held Wednesday, February 6, 2019 at 10 a.m at the Calvary Catholic Cemetery. There will be no procession, we kindly ask to meet at the cemetery.

In lieu of flowers, the family requests that donations be made to the Laredo Stroke Support Group at 3408 East Frost, Laredo, Texas 78043.

Calvary Catholic Cemetery
To order memorial trees or send flowers to the family in memory of David Newman, please visit our flower store.