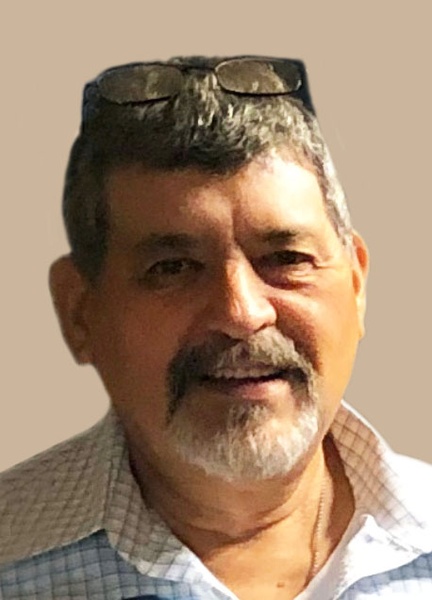 He was called to the Lord on January 30, 2021 and joins his angels in heaven his father (Fidel), brother (Fidel Jr.), Grandmother (Cleofas), Sister (Estelita). He graduated from Nixon High School and started his career at HEB where he proudly served for 18 years. He earned his CDL and found a job driving school buses for UISD, alongside his Father (Fidel), until he started his longtime career with El Metro. He joined El Metro Transit as an operator all while concurrently maintaining his other occupation at UISD. After a few years David decided to resign from UISD to dedicate himself to a full-time career in El Metro for over 30 years until his passing. David made many career paths within El Metro, but his ultimate love was driving.

David was a son, brother, husband, father, grandfather, father-in-law, uncle and exceptional friend.  He was loving, a hard worker and was always responsible as well as dedicated to his work. He always made sure his family was taken care of and was a happy man who loved to crack jokes. David loved and adored his children and enjoyed every moment with them, travels, carnes, and all. His grandchildren brought out the biggest joy in his life and would do anything for his family. He would also share advice with those close to him and at the same time scold you. He was a storyteller and a wise one at that. David was well known throughout the city and made many lasting friendships. David also was a great handy man. His drive to hunt down a particular classic radio from his childhood eventually lead him to his favorite hobby, collecting antiques. His passion was collecting and restoring antiques and he loved to brag about it. He loved to display and took pride in his collection. He enjoyed meeting with fellow collectors and many times receiving recognition for his grand collection. David mastered his skills in restoring many of his collectibles. There was truly nothing he could not fix. Although his time for play was limited, he always found time to work on his classic cars. He will be greatly missed by those who knew and loved him.

The family will be receiving condolences on Friday evening, February 05, 2021 from 5 to 9 p.m. at Joe Jackson Heights Funeral Chapels & Cremation Services, 719 Loring at Cortez; where a Vigil for the Deceased and Rosary will commence at 7 p.m.

Visitation will continue on Saturday morning, February 06, 2021 from 8 to 10 a.m. at Joe Jackson Heights Funeral Chapels; where a Chapel Service will be held at 10 a.m.

Live streaming of these events will be available by following the links below, transmission will begin 20-30 mins prior to time of each service. https://www.facebook.com/JJFCHeights.INC/

To order memorial trees or send flowers to the family in memory of David Lozano, please visit our flower store.