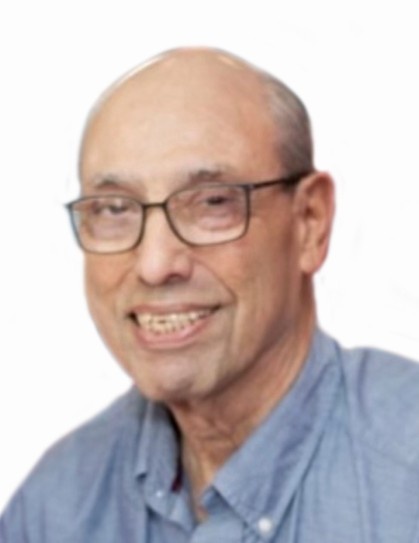 Daniel Herrera, 78, joined our Lord in His heavenly kingdom on Tuesday, February 15, 2022.

Daniel attended Laredo public schools, graduating from Martin High School in 1962.  After graduation, he proudly served our country in the United States Navy.  He served aboard the USS Little Rock, stationed in the Mediterranean and Caribbean Seas.  After his discharge, he became a US Navy Recruiter and served in the US Navy Reserve, achieving the rank of Chief Petty Officer.  He also attended Laredo Junior College and Laredo State University.  Daniel also worked in the airline and freight industries.  He was active in the Knights of Columbus, the Catholic War Veterans, and the Laredo Veterans Coalition.

The family will be receiving condolences on Monday evening, February 21, 2022, from 5 p.m. to 9 p.m. at Joe Jackson North Funeral Chapel & Cremation Services, 1410 Jacaman Rd.; where a Vigil for the Deceased and Rosary will commence at 7 p.m.

Funeral Services will be held on Tuesday morning, February 22, 2022, departing at 9:30 a.m. from Joe Jackson North Funeral Chapel to Christ the King Catholic Church for a Mass of Christian Burial at 10:00 a.m.

Rite of Committal and Interment will follow at the US Veterans section at the Laredo City Cemetery.

Due to the COVID pandemic, the family understands many who love Mr. Herrera will not be able to attend. For those who do attend his mass or burial, a mask and social distancing is requested.

To order memorial trees or send flowers to the family in memory of Daniel Herrrera, please visit our flower store.