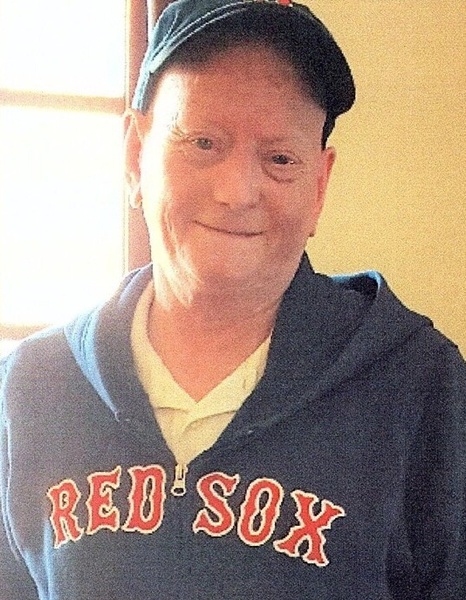 Charles William Haught, 66, received his wings on Sunday, May 3, 2020 after a long courageous health battle.

Charles was an only child born in Clifton, New Jersey, where on a clear day he had a view of the Manhattan skyline. . At the age of 12 his parents moved the family to Toms River, New Jersey, a stone’s throw away from the Jersey Shore where Charles would spend endless hours on his beloved beach and boardwalk and sail his boat on the bay.  He was on his way to becoming an accomplished pianist but lost that passion after the early loss of his beloved “daddy.”  His father served in the U.S. Army Air Corp in WWII and flew in a B24 bomber as a waist gunner and radio operator. As a young man, Charles worked alongside his dad in the New Jersey National Air Guard as a civilian.  After the death of his loving grandpa and grandma, whom he had helped care for with his mom for several years, Charles was inspired to pursue a nursing career. As a hospital Registered Nurse, he tirelessly cared for his patients in Toms River and later in Oakland, CA as a Nurse Supervisor.  Geriatrics and rehab were his passion.   He eventually returned to Toms River to care for his aging mom who passed at age 95.  Charles’ life soon took a new path, a new long road south, to Laredo “for a short visit” he thought. Two years into the “short visit” he made Laredo his new home with his new loving wife.

Charles took great pride in his Irish and German ancestry. He embraced the culture, the music, the history and planned visits abroad which were not to be. Charles many varied interests and managed to excel at many of them.  Charles was a classic car and muscle car enthusiast. He often recounted the many close calls he experienced while aiming for a little more speed.  Tried not to miss an air show or auto show in town or out-of-town. He was a diehard Boston Red Sox fanatic.  “A third generation Sox fan” he’d proudly say when someone asked about his ever-present Sox cap or shirt. When he became an honorary Texan, the Astros were his new team, right behind his Red Sox, of course. He soon became a huge Spurs fan; attended many games; and lamented the retirement of the Big 3. He was an avid reader and student of American history especially World War II.  A classic movie aficionado, every movie seemed to be his favorite, could name all the actors in a movie and quote movie lines. He loved to cook, enjoyed his vegetable garden in Jersey and blamed the “darn” Laredo heat for his green thumb turning brown.  He felt land-locked in Laredo until he discovered the huge salt-water waves and beaches of the Gulf Coast in Padre Island and South Padre. It was not his beloved Jersey Shore but close enough. He was sold.

Charles had a quiet but endearing and playful personality.  He embraced his new Laredo family who welcomed him with open arms and open hearts and soon endeared himself to close family friends. As an only child, he was proud to now be a “Tio.”   Charles touched everyone he met with his quiet but endearing and playful personality.  He marveled at this and once commented “I don’t know, all I do is treat everyone with respect.” When cancer struck, he did not flinch and never once uttered “why me.” He took charge of his treatment options and together with his wife, new research treatments led them to San Antonio. Good days and months followed but eventually the setbacks became more common. He never lost hope; always with a resolve to push forward even as the pain became a constant companion.  All who were with him through this journey marveled at his strength, his resolve. He gave his wife strength through his own.  On a beautiful, blue sky Sunday afternoon, he quietly sighed his last breath wrapped in her arms. He had managed a last whispered “I love you” and his last upturned, quirky smile he knew always made her smile.  This time her smile was through a curtain of tears.

A special heartfelt thank you to family friends Rosario H. Morales and Martin Aleman whose support and caring was invaluable during this stay-at-home pandemic. Also a salute to Dr. Ralph Nimchan for his health care and assistance in navigating the health care system and Dr. Selena Stuart for her caring, understanding and  professionalism.

Memorial Visitation will take place on Saturday, May 16, 2020 from 8 am until 12 noon at Joe Jackson North Funeral & Cremation Services.  Funeral Service will commence at 12 noon with Father Paul Fray of Christ Church Episcopal, officiating.

Procession will form and depart to the Calvary Catholic Cemetery for the Rite of Committal and Interment at the Mausoleum Columbarium.

To order memorial trees or send flowers to the family in memory of Charles Haught, please visit our flower store.