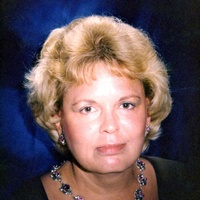 Carmelita Riley Peña, 84, entered into eternal rest on Saturday, March 23, 2019, after a long, debilitating illness. She passed in the tranquility of her home with her loving family by her side. Carmelita was born in Laredo where she lived for most of her life. She enjoyed traveling extensively throughout North America, Europe, and Asia. She will be missed by her many relatives and friends. “To know her is to love her”, many have said, others have commented that she was, “an Angel in disguise”.

Carmelita was an accomplished scholar and a Registered Nurse who was extremely beautiful inside just as she was on the outside. Among her varied scholastic achievements, she earned her Bachelor of Science Degree in Nursing and a Master of Science from Corpus Christi State University, and she obtained Master Degrees in the Arts and in Business Administration from Laredo State University.

A multitude of Laredo babies have cried out and been cared for in the capable embrace of the “Darling” of the Neo-natal Ward at Mercy Hospital. A great number of local practicing nurses, male and female were trained and guided by their caring instructor Carmelita Riley Gonzalez at Laredo Junior College for many years. Nursing instructor turned Administrator, Carmelita’s management skills and dedication enhanced the Laredo State University Nursing Program which continues to operate at a superlative level. During all of her vocational endeavors, Carmelita managed to raise a healthy, balanced family consisting of three strapping boys and a beautiful, talented, and demure daughter. Reynaldo, Richard, Eduardo, and Agnes Riley-Gonzalez are well known and respected Laredoans, who in turn, have raised talented and productive offspring of their own.

Carmelita was distinctly treasured by those who knew and loved her. She left for Heaven one fine Saturday in March, to return from whence she came.

The family will be receiving condolences on Friday evening, March 29, 2019 from 5 to 9 p.m. at Joe Jackson North Funeral Chapels & Cremation Services, 1410 Jacaman Rd.; where a Vigil for the Deceased and Rosary will commence at 7 p.m.

Funeral Services will be held on Saturday morning, March 30, 2019 departing at 9:40 a.m. from Joe Jackson North Funeral Chapels to St. Patrick Catholic Church where a Mass of Christian Burial will be celebrated at 10 a.m.

Calvary Catholic Cemetery
To order memorial trees or send flowers to the family in memory of Carmelita Peña, please visit our flower store.