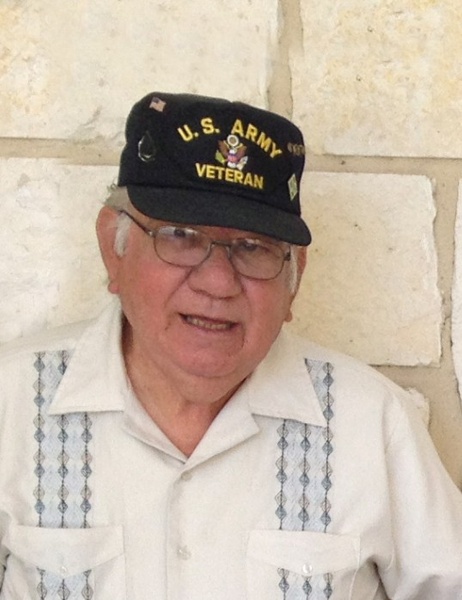 Mr. Carlos Rodriguez, 81, joined our Lord in His heavenly kingdom on Wednesday, January 19, 2022.

Mr. Rodriguez was born and raised in Laredo, Texas. He loved his city and only moved temporarily as a young man when drafted into the US Army. He returned to his beloved Laredo and worked for 9 ½ years in the Uniroyal Company. Shortly after, he decided to further his career and got his bachelors in Education and became a teacher in 1977. Mr. Rodriguez, (Mr. Rod as known by his students) proudly taught at Hermelinda Ochoa Elementary for over 25 years until his retirement. During his teaching, he instilled a love for reading and history to the countless students he taught. He will be greatly missed by all who loved him. His legacy will forever live on in his family because he led them with love, generosity and a kind heart for aiding others in their time of need.

He was preceded in death by his parents; Eusebio Rodriguez and Dora Guerra de Rodriguez. Also, his siblings; Omega Diaz, Rosario Rubalcaba and Tomas Rodriguez.

Left to cherish his memory are his beloved wife Maria Esther Botello de Rodriguez and their daughters; Maria Esther (David) Reyna, Maria Angelica Rodriguez, and Francisco Javier Sosa (the nephew he helped raise) As well as his sister Isaura Rodriguez and his adored grandchildren; Natalia, Valeria and Camila Herrera and John Anderson. He is further survived by numerous nieces, nephews and other family and friends.

A special thanks to superior nursing care, U.S Renal Care, and especially Genesis Transport group for caring for Mr. Rodriguez.

The family will be receiving condolences on Thursday evening, February 3, 2022 from 5 pm to 9 pm at Joe Jackson North Funeral Chapel & Cremation Services, 1410 Jacaman Rd.; where a Vigil for the Deceased and Rosary will commence at 7 p.m.

Private cremation will be held at a later date.

To order memorial trees or send flowers to the family in memory of Carlos Rodriguez, please visit our flower store.