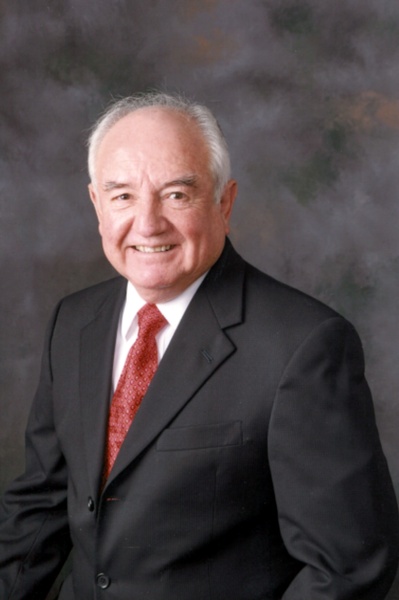 Carlos Victoriano Mejía, 78, entered into everlasting peace on Wednesday, June 26, 2019; he was surrounded by his loving family.

Carlos was born on March 13, 1941, in San Diego, Texas, to Enrique A. and Mucia R. Mejía. He received his early education in Old Zapata, Texas, Veracruz, Veracruz México, and Laredo, Texas. He graduated as Valedictorian of his class - Martin High School 1959. His college studies began at Texas A&M College at College Station. While at A&M, he was a member of the Corps of Cadets Co. #B2 and a member of the Distinguished Ross Volunteers. He received his degree in Civil Engineering and was commissioned a 2nd Lieutenant in 1963. He then earned his Masters of Science from the University of Southern California in Civil Engineering.

His work experience began at the Water & Power offices in Los Angeles, California, as an Assistant Engineer; after a short stay in Los Angeles, he then reported to Chinon, France, as a 2nd Lieutenant Company Commander in the U.S. Army. While stationed, he met his future wife, France V. Ansel and they married on January 22, 1966 in Tours, France. Later that year, he worked as a Special Project Official as a 1st Lieutenant until his return to the United States.

Carlos returned to California and had a small engineering company until 1978 when he returned to Laredo to become the City Engineer. In 1981 he joined Foster Engineering until 1990. He established Mejía Engineering in 1990, working from then to the present.


Carlos was a very loving, generous, kind, and hardworking person. Because of his work ethic he earned many honors from his Community including recognitions from: Imaginarium of South Texas, Imagine Award from Habitat of Humanity, TAMIU Emerging Leaders Award, Entrepreneur of the Week, and Junior Achievement Business Laureate to name a few. He will be greatly missed.

Left to cherish his memory are his beloved children, Jacqueline (Jesús) Martínez; Carlos P. Mejía, and Philippe H. Mejía; his grandchildren whom were his pride and joy, Víctor M. Martínez, Bianca Martínez, Scott A. Mejía, and Madeline Mejía. Also surviving are his sisters, Carlota (Roman †) Gutiérrez, Mucia (Jesús) Gonzalez, and Norma (Galo) Garcia; sisters-in-law, Amira E. Mejía, Sylvia Mejía, and Jacqueline Ansel (Pierrot) Morange; and his special best friend, Annabelle U. Hall; as well as many, many friends, and numerous nieces and nephews whom he loved dearly.

The family will be receiving condolences on Sunday evening, June 30, 2019, from 4 to 9 p.m. at Joe Jackson North Funeral Chapels & Cremation Services, 1410 Jacaman Rd.; where a Vigil for the Deceased and Rosary will commence at 7 p.m.

Funeral Services will be held on Monday morning, July 01, 2019, departing at 9:30 a.m. from Joe Jackson North Funeral Chapels to St. Patrick Catholic Church for a Mass of Christian Burial at 10 a.m. Mass will be celebrated by Monsignor Alex Salazar and assisted by Deacon Henry Mejia.

Rite of Committal and Interment will follow at the family plot of the Calvary Catholic Cemetery. Military Honors will be provided by the US Army Honor Detail of Fort Sam Houston as well as the American Legion Post 59 of Laredo.

To order memorial trees or send flowers to the family in memory of Carlos Mejia, please visit our flower store.