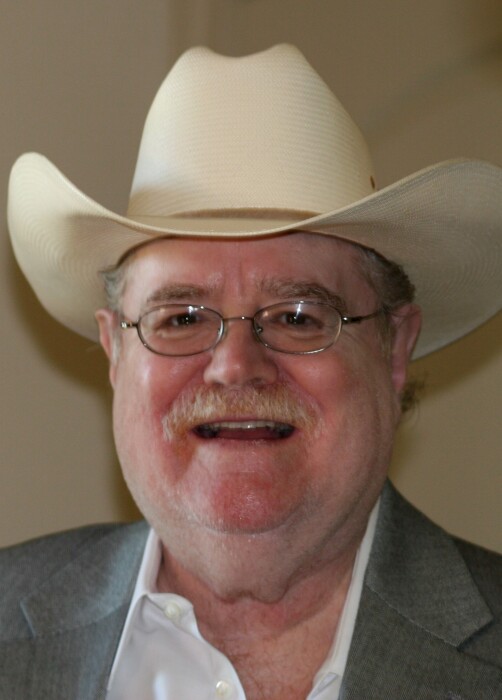 The Honorable Carlos Y. (C.Y.) Benavides, Jr., a prominent Laredo public figure, philanthropist, lawyer and rancher, passed away peacefully on December 23, 2020 with his family at his side.  For years he had suffered from dementia and Parkinson’s disease, but had regained some physical strength in the last several years enabling him to fight through a bout of COVID-19 in August.

C.Y. was born May 20, 1936 in Laredo, Texas to C.Y. and Anita G. Benavides, both of whom were descended from Laredo’s founding families. He graduated from St.  Joseph’s High School in 1954 before attending the University of Dayton in Ohio.  At college he majored in geology obtaining his Bachelor of Science degree in 1958.  He later graduated from Baylor Law School and was admitted to the Bar in 1964.

C.Y. practiced law in Laredo for many years assisting clients with all manner of business and regulatory matters in addition to work for Texas Rural Legal Aid.  He was awarded a pin and certificate after fifty years of practice in 2014. C.Y. was also active in the growth and management of his family’s ranching and energy assets.  He expanded their land holdings and diversified into upscale hunting and breeding programs.  Importantly, he founded Rancho Viejo Cattle Company along with his father as a family office to benefit his children and their descendants

C.Y. was always very involved in community affairs and sought to serve his fellow citizens in many ways.  He was commissioned an officer in the National Guard and served in several duty stations including Kentucky and Louisiana.  He served as Assistant District Attorney in Laredo before being twice elected County Judge of Webb County in 1976 and again in 1980.

C.Y. was always concerned for the welfare of others and sought especially to help the less fortunate.  He was instrumental in the growth and success of the Laredo Boys and Girls Club which provides a safe place for children to learn and grow into productive citizens.  He was also an active supporter of Sacred Heart Children’s Home. C.Y. was a lifelong member of the Catholic Church and remained active until his health declined.  He was installed as a member of the Knights of Columbus, a global Catholic service order. In 2010,, he received the red cape and was elevated to  the rank of Fourth Degree, the highest rank in the Order. Significantly, C.Y.  established the Benavides Family Endowment to assist students attending Texas A&M International University. He believed education was a valuable asset and he considered it an honor to help students achieve their goals. In addition to all his public volunteerism and philanthropy, C.Y. looked for opportunities to practice random acts of kindness and compassion in daily life.

C.Y. was active in life and enjoyed travel to many beautiful locations for adventure or just relaxation with friends and family.  He was a skilled hunter and made several trips to Africa in successful pursuit of Cape buffalo, elephant, rhinoceros and other dangerous game.

Because of the dangers of the current pandemic, the family will have only a private service. A public memorial service celebrating his life will be held at a later date in 2021.

In lieu of flowers, please consider a donation in Judge Benavides memory to the Laredo Boys and Girls Club or to Sacred Heart Children’s Home.

To order memorial trees or send flowers to the family in memory of Carlos Benavides, Jr., please visit our flower store.