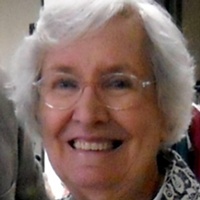 Obedient to the voice of our Lord and Savior, Jesus Christ, Bertha G. Garza passed away on Thursday, October 18, 2018. She was the daughter of the late Rafael G. Garza and Herlinda Gonzalez de Garza. She is also preceded in death by all of her brothers and sisters including Manuel Garza, Rafael Garza, Clementina Zamora, Amelia Clark, Dr. Leopoldo Garza, La Kitinita Garza, and her twin brother, Fernando Garza. Bertha Garza is also preceded in death by her husband of 46 years, Francisco Garza and great grandson, Ian Nathaniel Dorough.

When the First Assembly of God Church was established by Pastor Ken Robison on Malinche St. in Laredo, she and her husband, Francisco Garza, were one of its first members. As attendance increased, the church moved to its current location on 6103 N. McPherson Road. It is now known as the Laredo First Assembly. Bertha Garza served as a faithful volunteer at her church in Laredo.

Her husband passed away in 1996. In 2002, she relocated to Mansfield, TX, to live with her son, Dr. Federico Garza. She attended the Vine Fellowship Church under the pastorship of David Kerr, and she was a member of the senior citizens’ group, Silver Edition, at the church.

Bertha Garza served as a secretary at Laredo State University. She also served as the bilingual secretary for the Public Information Department at Laredo Jr. College. She retired in 1988.

Bertha Garza was an avid artist winning numerous awards at art competitions in Laredo, TX, and Mansfield, TX. She also enjoyed serving as a volunteer at the Mansfield Activity Center for eleven years. During her leisure time, she crocheted baby booties, caps and winter scarves.

As an official member of Threads of Hope, an organization within the Walnut Ridge Baptist Church, she enjoyed crocheting caps for babies and children who were undergoing chemotherapy at Cooks Children Hospital of Dallas, Texas. She also donated many baby caps and booties to the Women’s Center at the Methodist Mansfield Medical Center. Her last donation to the Methodist Mansfield Medical Center was completed just one week before entering the Community Hospice House.

She will be missed by her family and friends.


For He Himself has said, “I will never leave you nor forsake you.” Hebrews 13:5

The family will receive condolences on Monday the 29th of October 2018 from 5 to 9 in the evening at Joe Jackson North Funeral & Cremation Services, 1410 Jacaman Rd.; with a memorial service beginning at 7 p.m.

A funeral service will be held in the funeral chapel on Tuesday, the 30th of October 2018 at 10 o’clock in the morning with Pastor Tony Gutierrez III from New Life Assembly of God officiating.

Procession will form and immediately depart to the Laredo City Cemetery for the Graveside Service.

Laredo City Cemetery
To order memorial trees or send flowers to the family in memory of Bertha Garza, please visit our flower store.