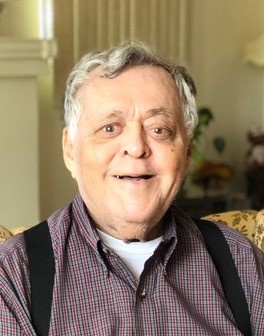 Armin Joseph Gonzalez, 84, surrounded by his loved ones in an embrace of peace, love and thanksgiving, returned to his heavenly father on July 10, 2022 in San Antonio.

A devout and loyal family man and friend, Armin was beyond blessed and is survived by his 4 daughters, Anna Maria (Ramirez), Alma Delia (Soto), Patricia (Kittle), Mary Lou (Terrile), sons-in-law, 2 brothers, Lupe and Cesar Gonzalez, 16 grandchildren, a great grandchild, and countless extended family and friends, all left to cherish his memory.

Born in Garza Valdez, Tamaulipas Mexico, Armin immigrated to the United States in 1945 to Weslaco, Texas, later moving with his family to Chicago, Illinois. He worked as a newsboy for the Catholic World paper and graduated St. Patrick’s grammar school in Chicago. He then attended St. Phillips and Marshall High School to the 11th grade, later graduating with his GED and enlisting in the US Airforce in ’58.

A veteran of the US Airforce, Armin was stationed at both Lackland and the 32nd Air Base Squadron (ADC) at Minot Air Force Base in North Dakota.  Stationed off Okinawa, on Kume Island, Armin worked as an AP Air Policeman. His police training and job was the absolute perfect match for his inquisitive, noble and judicious nature. He had fond memories of his service years, friendships made, and the kind people and children of Kume Island, that left an impression on him throughout his life.

Blessed with many events in life, Armin met his wife Marilú, while working at Webcorp tape recorders in Chicago. He knew she was "the marrying type" and was determined she was the one. Meeting her family with a hole in his shoe, Marilú innately knew, that in his simplicity and imperfection, Armin was a gem - a good, upstanding, kind and loyal man. They married in '63, had 1 boy (miscarriage) and 4 girls.

A Devry Institute and Triton AC graduate, Armin worked Central Telephone Co. in Chicago, later moving to Laredo, Texas and worked with SW Bell Telephone, where he made many life-long friendships, and worked as a cable splicer technician for over 30 years up until retirement.

Armin was a playful spirit who loved gathering with family, playing with his grandkids, having his pan dulce and coffee, and sitting around the table sharing photos and stories. He also enjoyed deep discussions on news, history, politics and never-ending jokes and laughs at the highest audible levels. As the eldest, he loved his siblings and was proud of his family name and heritage. He loved researching the family history and the connections as far back as they could go. He was a music lover, be it big band, 50's, or jazz he was exposed to by a dear clarinet friend who inspired him to give the sax a try. However, his Mexican ranchera, noreteña, corrido’s accordion music was at the heart and soul of who he was.

An avid reader, he was a walking encyclopedia of historical information. He enjoyed watching documentaries and his AP police background, showed in his love of crime and investigation shows. Despite a history of strokes, with a recent one leaving him with aphasia and a difficulty in communication and reading, Armin was always determined to find a way through therapy or uniquely on his own, and he did! The spirit and strength of his resilience moved many and was awe-inspiring.

Armin was a simple country man at heart. Growing up in Mexico, he learned many skills from his grandparents and family, working the land, that he carried into his own small ranch in Moore, Tx. that he enjoyed and frequented.

His legacy of the love of family and friends at the deepest level, cherishing its history, the Gonzalez name, the passion and love for learning, sharing and never-ending laughter, shall never be forgotten, and continue on to the next generations…always.

The family would like to extend their sincere thanks to all family, friends, neighbors, Dr.’s, nurses and his caretakers, for their ongoing friendship, compassion and care for Armin all these years.

The family will be receiving condolences on Monday evening, July 18th, 2022, from 4pm to 7pm, at Joe Jackson Heights Funeral Chapel & Cremation Services, 719 Loring at Cortez.; where a prayer service will commence at 5 p.m.

Rite of Committal and Interment will take place on Tuesday morning, July 19th, 2022 at the Calvary Catholic Cemetery at 11:30 a.m.  Military Honors will be presented.

To order memorial trees or send flowers to the family in memory of Armin Joseph Gonzalez, please visit our flower store.