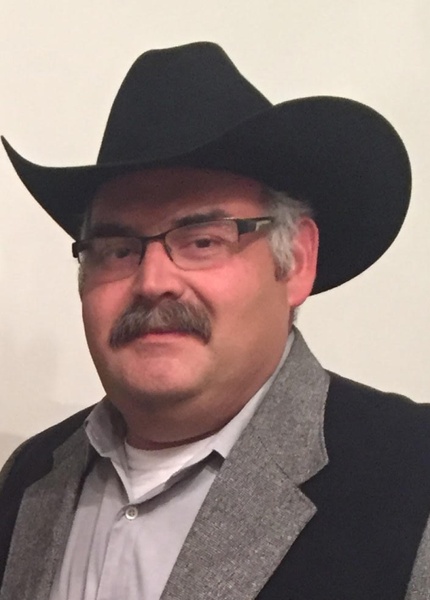 He is survived by his wife, Yolanda Rodriguez, and son, Armando Rodriguez III.

Armando treasured his entire family with unconditional love and his memory will always be honored by his wife, son, three sisters and brothers-in-law, Sandra Rodriguez, Alicia (Gerardo) Ydrogo, Alma (Teodoro H.) Olivarez, nieces and nephews he cherished as his own, as well as cousins he viewed as brothers.

Armando proudly attended Cigarroa High School where he was an alumni of the Class of 1993 and recognized for being the President of FFA his senior year. In January 1997, he joined the Webb County Sheriff’s department where he proudly served alongside his uncles, Pedro and Martin Garza. Armando extended his service as a Sergeant at the Webb County Constable Pct. 1 where he served once more with his uncle Martin and had the privilege of working with his aunt Sylvia P. Cobos. Armando was particularly enthusiastic about his position at Webb County Pct. 2 where he not only got to serve the overall Laredo community but in particular South Laredo community which he pertained to. His most recent position was with the United Independent School District (UISD) Police Department, under the direction of UISD Chief of Police Ray Garner, who he admired and respected.   Throughout his career dedicated to justice, Armando worked with and was encouraged by many individuals and was sincerely appreciative of all their efforts, friendship, and loyalty.

Armando will particularly be remembered for his selflessness and service to his community. Always lending a helping hand around local churches, in particular St. Joseph Church. His unwavering fervor to help others also led to his creation of fundraisers to collect funds for community members in need of medical assistance. Then in 2010, he became the founding president of the Horseshoe Posse Scholarship Trail-riders Association, a non-profit organization devoted to providing underprivileged local youth an opportunity to further their education. Moreover the inspiration behind the Horseshoe Posse was routed in Armando’s desire for young adults to further pursue their education.

He had an immense love for ranch life, from just spending the day with his family and to just simply watch his cows and horses.  Many at times he would tell stories of when he grew up and would go hunting with his mom and grandparents. Armando Rodriguez, Jr. lived a prosperous life and will truly be missed.

The family will be receiving condolences on Wednesday evening, November 13, 2019 from 4 to 9 p.m. at Joe Jackson Heights Funeral Chapels & Cremation Services, 719 Loring at Cortez; where a Vigil for the Deceased and Rosary will commence at 7 p.m.

Funeral Services will be held on Thursday morning, November 14, 2019 departing at 8:40 a.m. from Joe Jackson Heights Funeral Chapels to St. Joseph Catholic Church for a Mass of Christian Burial at 9:00 a.m.

To order memorial trees or send flowers to the family in memory of Armando Rodriguez, Jr., please visit our flower store.