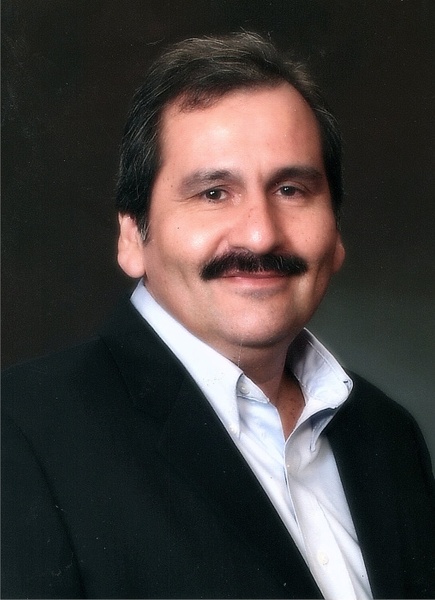 Dearly loved father, husband, grandfather, brother, uncle, and friend to many, Armando Cisneros, was called to heaven on Sunday morning, December 13th. He lives on in our hearts as we will forever truly miss him.

Armando was born and raised in Laredo, Texas and was a 1974 graduate of Martin High School.  He married his true love, Patricia, in 1977 and together they raised their daughters, Elenisa and Adriana.  He and Patricia celebrated their 43rd wedding anniversary this last July.  A bright student and always having a thirst for knowledge, Armando was on track to graduate early with a degree in Education but joined the Union Pacific Railroad to support his new family.  His career with Union Pacific spanned over 25 years and took him and his family to Houston, Texas and Company headquarters in Omaha, Nebraska.  Armando possessed a strong work ethic, often having worked long 16 hour double shifts as a devoted father and  husband.  As he was always close to his many brothers, sister, and mother, Marta, he took the opportunity to come back to his hometown, Laredo, when a position with Union Pacific opened up in 1994. He later completed his bachelor’s degree at TAMIU and served as an elementary educator before reaching retirement.

As a concerned citizen of Laredo, Armando would read the local newspaper and other news, and for many years, would often send in letters to the newspaper, voicing his concern on local issues.  He was an excellent writer with a real talent for conveying his message in a way that could reach a broad audience, clearly, eloquently, and almost always with a bit of humor.  He also often attended the city council meetings and in 2014, along with his brother, Luis, and dear friend, Vish Viswaneth, co-founded Our Laredo, a community group with the purpose to support transparent & accountable government and advocate for the means to achieve such integrity.  He encouraged community interest and involvement and for citizens to work together with local officials in improving our city.  Over the years, he served on the Rio Grande International Study Board, the City’s Economic Advisory Committee, the City’s Library Advisory Committee, and the City Charter Revision Commission. Our Laredo’s motto, Doing The Right Thing, can describe the way Armando led his life.  He always treated others with respect, listened with undivided attention, always used clean language, and was so often caring and thoughtful towards all people he met.

Armando loved to make people smile and laugh through his sharp sense of humor which was another way he showed people his great care.  He was always very modest and unselfish, yet was so great in giving others praise and encouragement and showing gratitude.  You could really feel his love in his embrace.  He very much enjoyed playing guitar and singing with his brothers.  He also loved spending time with his wife and family and watching silent and classic movies.  His grandchildren will always remember him as a loving grandfather and for his creative storytelling, complete with character voices and sound effects, love for playing games with them, and their trips to the local parks together.

We wish we had many more years together with you, to enjoy your company and for you to enjoy many more years of life.  You have accomplished a lot in your lifetime and made a tremendous and heartfelt impact on so many of us.  Thank you so much for everything.  Thank you God for giving us Armando.

The family will be receiving condolences on Sunday evening, December 20, 2020 from 5 to 9 p.m. at Joe Jackson North Funeral Chapels & Cremation Services, 1410 Jacaman Rd.; where a Vigil for the Deceased and Rosary will commence at 7 p.m.

Funeral services will be held Monday, December 21, 2020 departing at 8:40 a.m. from Joe Jackson North Funeral Chapels to Blessed Sacrament Catholic Church for a Mass of Christian Burial at 9 a.m.

To order memorial trees or send flowers to the family in memory of Armando Cisneros, please visit our flower store.