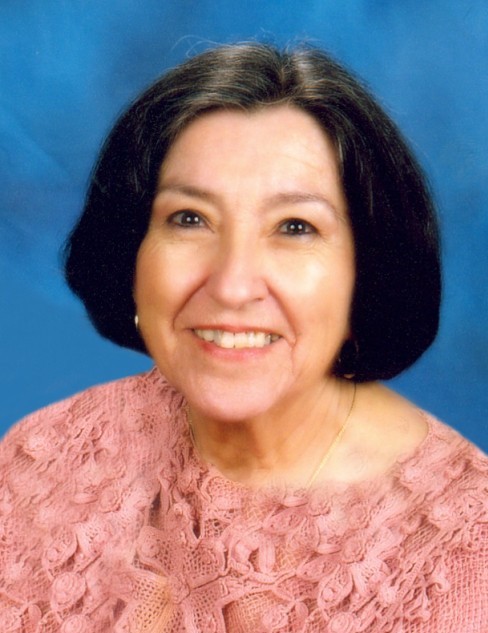 Our beloved sister and aunt, Armandina G. De Los Santos left us Sunday, November 17, 2019 to be with our Lord. Her caregiver and her sister, Elena, were beside her when she took her last breath. We remember Armandina as our beloved "Nina," as she was affectionately called. She was the daughter, sister, aunt/tia, madrina, teacher, head of the math department, devout catholic, family caregiver, neighbor, and friend who was cherished.

Armandina was born to Hipolita Hernandez De Los Santos and Alfredo G. De Los Santos, Sr. on August 15, 1938 in Laredo, TX. Her primary education began on San Pablo Ranch, the beloved birthplace of her father and the previous 8 generations. She graduated from Martin High School (1956) and Texas Women's University (1960), obtaining a Master of Science degree in the field of Mathematics. She was a strong believer in education, encouraging and helping many young people, both at J. W. Nixon High School and in her family, to attend college and attain a higher graduate degree or professional pursuit.

Armandina taught mathematics for over 35 years at Nixon High School (NHS); she also served as the head of the math department, and took on multiple leadership roles at NHS on a regular basis. She helped many students understand and excel in high level math such as Calculus, Trigonometry and Algebra. Her students went on to be doctors, health providers, lawyers, civic leaders, and other educators who contribute to the Laredo and larger Texas community. Active publicly in the City of Laredo, Armandina was a committed member of the Alethea Society, a lifetime member of the Texas Retired Teachers Association, and at one point she was also the secretary on the Parish Council of Our Lady of Guadalupe Catholic Church.

While at work she was a consistent leader and teacher, in her personal life she took the role of caregiver- helping her parents and then her sisters' children throughout her life. Armandina enjoyed traveling the world each summer and she had become fluent in Italian. Travelling many times to Italy, all over Europe, the Caribbean islands, Canada, the United States and Mexico, she enjoyed friendships in many different cultures. In Mexico City, she cultivated a special friendship with 2 different families that blossomed over the decades, taking on the cherished role of Madrina to several young people both in her blood family as well as in her chosen family in Laredo (the Aguayos) and in Mexico (the Contreras and Cruz Contreras).

Armandina had fought and won the battle against cancer in the late 1990’s. Both strong-willed and naturally talented, she excelled at cooking traditional Mexican foods, managing home finances, as well as speaking 3 languages, cultivating long-term friendships and holding the memory of her ancestors. She is beloved by her family and friends, and will be sorely missed. The Family thanks Nina’s devoted nurse Billy from St. Jude’s Home and Health Services and her caregivers Marycruz, Toñita, Erica, Raquel, Juanita, y Lupita.

The family will be receiving condolences on Sunday evening, November 24, 2019 from 5 to 9 p.m. at Joe Jackson North Funeral Chapels & Cremation Services, 1410 Jacaman Rd.; where a Vigil for the Deceased and Rosary will commence at 7 p.m.

Funeral Services will be held on Monday morning, November 25, 2019 departing at 8:30 a.m. from Joe Jackson North Funeral Chapels to Our Lady of Guadalupe Catholic Church for a Mass of Christian Burial at 9 a.m.

To order memorial trees or send flowers to the family in memory of Armandina G. De Los Santos, please visit our flower store.