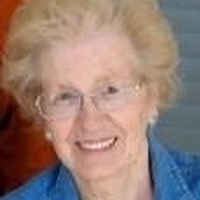 Arma Alexander Mata, age 86, was born to Louie and Myrtle Alexander on November 11, 1931, in Locust Bayou, Arkansas, and was the youngest of six daughters. She passed away peacefully on August 18, 2018, with family by her side.

Originally named Armistice by her father because she was born on Armistice Day (now Veterans Day), she legally changed her name to “Arma,” which was the nickname used by her close friends and family. Arma was raised on a farm in rural Arkansas, where one of her favorite childhood past-times was riding horses. She was a self-professed tomboy who enjoyed lots of activities, including playing basketball on the Locust Bayou High School girls’ basketball team.

Following her graduation from high school at the age of 17, Arma moved to the city of Houston in 1949 to become an x-ray technician. While working in Houston, she met and fell in love with Dr. Juan Jose “J.J.” Mata, who was working as a surgical resident at Baylor College of Medicine. Arma and J.J. married in Houston at St. Joseph Catholic Church on May 7, 1955. Shortly after marrying, the couple moved to Laredo, TX. Together, Arma and J.J. had six children.

In 1982, following J.J.’s death on January 7, 1981, Arma moved to San Antonio where she became an avid Spurs fan. Another joy in her life was spending time with friends and family.

Rite of Committal and Interment will immediately follow at the family plot in the Calvary Catholic Cemetery.

Calvary Catholic Cemetery
To order memorial trees or send flowers to the family in memory of Arma Mata, please visit our flower store.