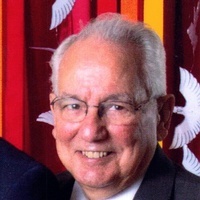 He was born on January 5, 1941, in Laredo, Texas to Vidal Venancio Cantu and Esperanza Lozano de Cantu, and was one of four children.

Antonio graduated from Martin High School in 1958. He attended the University of Texas at Austin where he earned a Bachelor of Science degree in 1963 and a PhD in chemical physics in 1967. Following graduation, Antonio worked in Mexico and Canada before moving to Virginia to begin an impressive career that would span over 50 years, proudly serving his country in several areas of science and technology in law enforcement, particularly forensic science. He worked as a Forensic Scientist for the Bureau of Alcohol, Tobacco, Firearms and Explosives (ATF), Federal Bureau of Investigation (FBI), Central Intelligence Agency (CIA) and served as Chief Scientist for the Forensic Service Division of U.S. Secret Service (USSS) until he retired in 2007. At the time of his death, Antonio was residing in Laredo and continued to consult for the U.S. Government.

Dr. Cantu’s expertise included the chemistry of documents and fingerprints. In 1981, he became the first recipient of the Forensic Scientist of the Year Award from the Mid-Atlantic Association of Forensic Scientists. He participated in the development of the International Library of Inks and authored a collection of articles for various prestigious international journals and publications. He also led countless lectures and seminars at universities across the United States, Europe and South America. With a relentless commitment to education, love of knowledge and passion for his craft, Antonio touched, inspired and empowered everyone who knew him.

Antonio was devout Catholic, fully dedicated to the parishes of which he was a member. He was a humble, loving, generous person with a keen and infectious sense of humor. He loved music, particularly classical piano, and enjoyed traveling the world. Antonio had a profound appreciation for the arts and culture, and the ability to communicate the meaning and beauty he found there to those around him. Anyone who knew him would tell you that he had an uncanny ability to reach people in a deep and positive way. He will be greatly missed!

He was preceded in death by his parents, Vidal Venancio Cantu and Esperanza Lozano de Cantu.

Donations may be made in his memory to Texas A&M International University for the Development of Physical Sciences at go.tamiu.edu/physicalsciences or can be mailed to TAMIU, Advancement Office KL260, 5201 University BLVD, Laredo, TX 78041.

The family will receive friends from 6 p.m. to 9 p.m. the evening of Thursday, the 5th of July 2018 at Joe Jackson North Funeral & Cremation Services. A Vigil for the Deceased and Rosary will be prayed at 7 p.m., led by Rev. Deacon Roger Martinez.

Funeral procession will depart the funeral chapel on Friday, the 6th of July 2018 at 8:30 a.m. to Blessed Sacrament Catholic Church for a Mass of Christian Burial at 9 a.m., celebrated by Rev. Wojciech Kosowicz.

Calvary Catholic Cemetery
To order memorial trees or send flowers to the family in memory of Antonio Cantu, please visit our flower store.