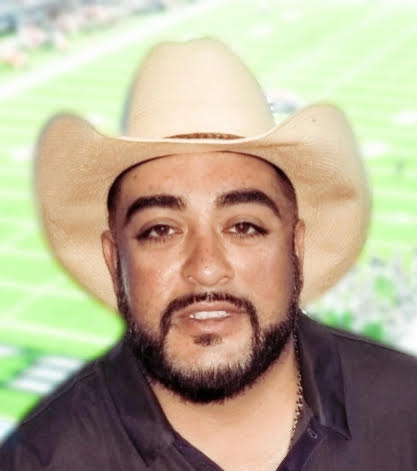 Andrew Anthony Karabanoff, joined our Lord in His heavenly kingdom on Sunday, July 12, 2020 at the age of 33.

Andrew was Born in Pasadena, TX and moved to McAllen, TX shortly after his father’s passing in 2003, where he met and married his high school sweet heart, Yisel Ramirez. Together, they had 4 beautiful girls: Kaelyn, Jacquelyn, Carolyn, and Marilyn. Although Andrew and Yisel recently divorced, he loved his children and he cared for and loved Yisel dearly.

Andrew began his Industrial Electrician career in 2005 and in recent years worked in a supervisory capacity.  Andrew’s dedicated work ethic and craft helped him explore many remote areas in several states. He worked all over Texas from the humidity in Houston, to the unbearable heat in South Texas (Laredo), to the tumbleweeds and dust storms in West Texas.  Andrew worked in the freezing cold blizzards of Colorado, mountains of New Mexico, was knee deep in the swamps of Louisiana, and even found himself surrounded by the tall pine trees of North Carolina.  His work often lasted for months on end and he worked 10 or more hours per day up to 7 days per week.  He would often say the hardest part of his job was being away from his family.

Andrew was a competitive athlete and played football at a high level from little league to high school.

To say Andrew was an avid sports fan is an understatement, he was a sports Enthusiast. He loved all Houston sport teams including the Houston Texans, Houston Astros, and Houston Rockets. However, Andrew’s love of sports did not end there as he enjoyed following all sports including soccer, golf, college sports and basically anything sports related.  He was a sports encyclopedia and could provide vast information from the players to statistics.  He would often be seen wearing one of his many Houston sports jerseys, t-shirts, or caps.

Andrew loved his girls, America, country music, wearing blue jeans, his cowboy hat and his cowboy boots.  Andrew enjoyed the outdoors, hunting, fishing, Harley Davidson motorcycles, and barbequing for his family and friends.  You can say Andrew loved socializing, he never met a stranger in his life and he cultivated many lifelong friendships.  He would make friends with ease and was often the life of the party.  He made friends every place he went.  Everyone loved his jokes, his infectious smile, and unforgettable laugh.  He was spontaneous and always wanted everyone to have a good time.  Andrew went by many names; to his family he was simply known as Andy or AK, his co-workers lovingly gave him the nick name “Honey Badger” which later morphed into “Badger” and others simply knew him as Russo.

Andrew accepted Jesus Christ as his Lord and Savior in 2017 at Life Community Church in La Porte, TX.

Andrew loved his children, his parents and family dearly. He will be greatly missed.

He was preceded in death by his father, Nickolas Karabanoff who passed away in February of 2003.

The family will be receiving condolences on Friday evening, July 24, 2020 from 4 to 9 p.m. at Joe Jackson North Funeral Chapel s& Cremation Services, 1410 Jacaman Rd.; where a Vigil for the Deceased and Rosary will commence at 7 p.m.

Funeral Visitation will be held on Saturday morning, July 25, 2020 from 8 to 9:55 a.m. at Joe Jackson North Funeral Chapels where a Chapel Service will be conducted at 10 a.m.

To order memorial trees or send flowers to the family in memory of Andrew Karabanoff, please visit our flower store.