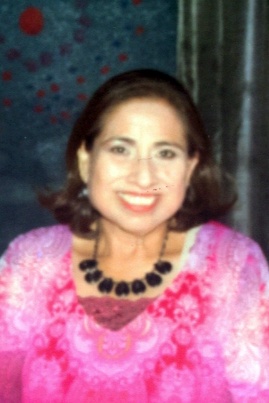 Miss Anabel Palacios, 62, entered into the eternal gates of heaven on Saturday, September 7, 2019 at her residence surrounded by her beloved family. She entered peacefully into her eternal reward, having completed her mission here on earth. Anabel was a Library Cataloger at Texas A&M International University for most of her career, having retired recently after 35 years of service.

Left behind to cherish her memory are her beloved sisters: Mabel Palacios, Edna Palacios, Elma Lara, and Isabel Reyna; nieces and nephews: Jennifer, James, Jackie Reyna, and Kathryn Rocha; as well as many friends and other relatives.

Our family would like to extend our most sincere appreciation to her physicians, and health providers for their medical care, support, and attention: Dr. Selena Stuart, Dr. Mohsen Ghadimi-Mahani, and Dr. Ricardo Cigarroa, Guiding Light Hospice Care, and Superior Nursing Home Health and their respective staff for all that they provided during her illness.

The family will receive condolences on Tuesday, September 10, 2019 from 4 to 9 p.m. at Joe Jackson North Funeral Chapels & Cremation Services, 1410 Jacaman Rd.; Vigil for the Deceased and Rosary will be held at 7 p.m.

Funeral procession will depart at 8:45 a.m. on Wednesday, September 11, 2019 to Our Lady of Guadalupe Catholic Church for a Funeral Mass to be celebrated at 9:15 a.m.

Honorary Pallbearers will be: John Hastings and Mario Martinez

To order memorial trees or send flowers to the family in memory of Anabel Palacios, please visit our flower store.