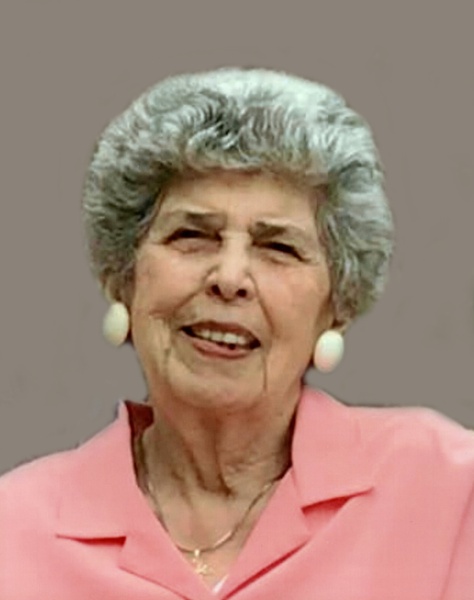 Alicia Tijerina Silva, 95, joined Our Lord in His heavenly kingdom on Tuesday, February 15, 2022.

Alicia was born in Laredo, Texas where she attended Martin High School. After graduation, she was pen pals with Arnoldo Silva during World War II. After the war they fell in love and married soon after his return. Alicia and Arnoldo had four sons and raised them with Catholic values and education. Alicia, "Mom Licha" as she was known, was the beloved central matriarch of the family as she would always bring everyone together on special occasions. Alicia was a loyal, kind and loving wife, mother, grandmother, great grandmother, sister and friend.  She was a strong believer in Our Lord Jesus Christ. She enjoyed every minute spent with her loved ones and found joy in watching her daytime talk shows and favorite novelas.  Mom Licha had a beautiful kind smile and a charming humor that made one laugh every time. She was the embodiment of Faith and strength up to her last breath before transitioning to her Eternal home. She will be dearly missed and forever in our hearts.

Private Services were held by the family on Saturday, February 26, 2022 to celebrate Alicia's life at Joe Jackson Heights Funeral Chapel.  The Rite of Committal and Interment followed her funeral service at the family plot of the Calvary Catholic Cemetery.

The family is eternally grateful to Susy Yguerabide for her unconditional love and many visits which Mom Licha enjoyed so much.  Also, special thanks to caregivers Sara Rosales, Amalia Mendez, and Amparo Gonzalez for their dedicated service and genuine friendship.

The family would like to extend their gratitude to the 2nd floor Nursing and CNA Staff at Laredo Medical Center for their excellent care and compassion.

To order memorial trees or send flowers to the family in memory of Alicia Silva, please visit our flower store.