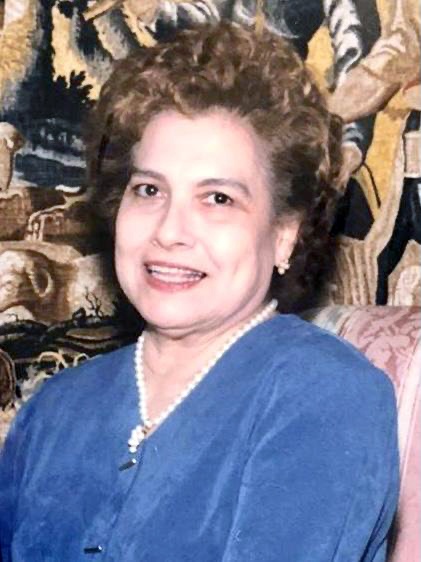 “Alice,” as she was affectionately known, was born and raised in Laredo. Her vibrant spirit and generous heart shone brightly in all that she did and was truly an inspiration to all who knew her. It was her character together with her impeccable work ethic that made her a role model.

A Martin High School Class of 1948 alumna, she immediately made her mark in the telephone operator sector with Southwestern Bell.  It was during that period, that she met the love of her life, Hector D. Garcia. After a short courtship, they married on April 2, 1953, and were devoted to each other until his death in 2007.  With her husband’s full support and encouragement, she obtained her Radio Telephone Operator License in 1959, whereupon she embarked on a career with KGNS -TV, KZTV, and KVOZ radio for a period of ten years.  She became the woman behind the camera who ensured that each transmission was smooth and operational.

After leaving radio and television, she found herself enjoying a long and successful career with the Federal government.  From November 1968, until her retirement in December 1994, she worked with the U.S. Immigration and Naturalization Service as an immigration officer having specially served the U.S. Border Patrol sector in the Anti-Smuggling Unit.  She was known for her meticulous and detailed work, which earned her many accolades, recognitions, and awards of merit.

Alicia’s greatest joy was always with her sister’s children and grandchildren, whom she loved and spoiled as if they were her own.  Always the source of laughter in a conversation, she truly treasured the company of her “comadres” and her coworkers. Alicia especially enjoyed her Sundays at La Selva Ranch with family and the family reunions with her cousins from San Antonio and Mexico.

A devoted Catholic, wife, sister, friend, and Tia, Alicia’s positive attitude toward life was magnetic and will be honored by her loving family.

She was preceded in death by her parents, Atenedoro and Maria Guadalupe Ancira; her husband, Hector D. Garcia; her brother, Atenedoro Ancira Jr.; and her grandnephew, Mercurio Martinez IV.

Due to the pandemic, and out of concern for everyone’s health and safety, visitation and rosary will be private and for the family only. A Mass of Christian Burial will be held at Blessed Sacrament Catholic Church on Saturday, January 2, 2021, at 11:00 a.m.

The Rite of Committal and Internment will follow at the family plot in the Calvary Catholic Cemetery.

The family would like to extend their most heartfelt gratitude to her caregivers Cuquis, Carmelita, Nelly and Elida.

To order memorial trees or send flowers to the family in memory of Alicia Garcia, please visit our flower store.