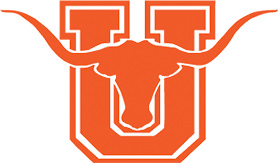 Jalen Garcia, age 17, was called home by our Lord after a courageous three-year battle with metastatic osteosarcoma, on Thursday, November 14, 2019. Throughout his battle, Jalen, although young was wise beyond his years, and he instilled in all whom he encountered the importance of inner strength, humility, kindness, courage of conviction, and all while having resilient fortitude—he was forever optimistic and beyond encouraging.

Jalen touched the lives of so many; our beloved, shining, happy young man, the light of our lives and the star of our hearts, leaves us smiling through our tears. He was joy personified.

A lifelong resident of Laredo, Jalen attended Kazen Elementary and Washington Middle School before attending his beloved United High School. Jalen had a voracious love of football that could only be satisfied by participating in The Minors team in BAYFL, and The Washington M.S. Bobcats team, until he achieved his dream of suiting up for the Mighty Longhorn Football team. Jalen’s teammates became his brothers and his coaches became his mentors. Jalen poured his Longhorn heart and soul onto the field and always displayed the truest characterization of what it meant to him to be a Longhorn. His love of the game was matched only by his pride in being a Longhorn. Despite the battle he faced, Jalen was determined to graduate from his cherished United High School. Through it all, he maintained his drive for academic excellence; he excelled in numerous honors classes and was on track to graduate as a junior. Due to his illness, he was unable to complete the final eight hours of his degree plan. Because of the tenacity he displayed, United High School awarded Jalen with an honorary diploma. Jalen had achieved yet another one of his dreams. He joined the ranks of many Longhorns before him and became an alumnus of United High School! Jalen’s dedication and determination in everything he set his mind to was an inspiration to all who knew him. Coach David Sanchez, Jalen’s football coach, said of Jalen, “To know Jalen is to know strength, courage, and compassion. Jalen was an inspiration to United, the community of Laredo, and our football program. We will continue to fight for Jalen’s passion and love for the game with our action on the football field. We will always be ‘Jalen Strong’.” Alberto Aleman, Jalen’s United High School principal, also spoke fondly of Jalen and his tenacious resolve: “Our Longhorn students are determined to carry on Jalen’s Legacy of setting goals for themselves and doing right and being an inspiration to others.”

Jalen loved so many, and was loved by so many more. He had an energy that, with even just one encounter, you would remember him for life. The love and kindness he offered others was bestowed upon him in abundance. Jalen had cultivated many special friendships with his Longhorn brothers and sisters and gained a special strength from their visits, phone calls, and prayers. He leaves behind a rich legacy of courage, strength, resiliency, love, and kindness towards others. His selflessness, boundless energy, love of life, and family shone through even the darkest of days. “In the darkness of times, you are my conscience.” - Mom

The family wishes to offer their sincere gratitude to the medical staff at M.D. Anderson Cancer Center in Houston, TX; Carlos and Daniella Correa, Correa Family Foundation, UHS Football Coach David Sanchez; UHS Principal, Alberto Aleman; UHS Faculty & Staff; his Longhorn Football brothers, the Longhorn Booster Club, and all of his Longhorn classmates, as well as the entire community of Laredo. Each of these individuals showed Jalen and his family a love and kindness that can be neither measured nor expressed through words.

He was preceded in death by his paternal grandmother: Janie Garcia and maternal grandfather: Frank Crane.

Left behind to cherish his memory are: his parents: Chris Garcia and Paula Diez; maternal grandmother: Gabby Crane; aunts and uncles: Nhora Tenjo, Ray Hernandez, Alma Ferguson, Martha Hernandez and their families; as well as by numerous cousins, other relatives, and many beloved friends.

All those who are attending Jalen’s funeral services are asked to wear blue, his favorite color.

Jalen’s Funeral Service will be conducted on Saturday morning, November 23, 2019 at 10 a.m. at Iglesia Cristiana Misericordia.  All attending are asked to please meet at church prior to the service.  There will be no procession.

Interment will follow at the Calvary Catholic Cemetery immediately following the funeral service.

A Child of Mine—“’I’ll lend you for a little while a child of mine,’ God said.  ‘For you to love the while he lives and mourn for when he’s gone.  It may be six or seven years, or forty-two or three.  But will you, till I call him back, take care of him for me?  He’ll bring his charms to gladden you, and — should his stay be brief, you’ll have his lovely memories as a solace for your grief.  I cannot promise he will stay, for all from earth returns, but there are lessons taught below I want this child to learn.  I’ve looked the whole world over in my search for teachers true, and from all beings that crowd life’s land, I have chosen you.  Now, will you give him all your love, nor think the labor vain, nor hate me when I come to take this lent child back again?  I fancied that I heard you say “Dear Lord, Thy will be done, for all the joys thy child will bring, the risk of grief we’ll run, we will shelter him with tenderness, we’ll love him while we may —and for the happiness we have now know, forever grateful stay.”  But should the angels come for him much sooner than we’d planned, we’ll brave the bitter grief that comes and try to understand.”—Author Unknown

To send flowers to the family or plant a tree in memory of Jalen Christopher Garcia, please visit our floral store.